After the first few days of acclimating and exploring Ireland, the MARL alumni group continued to tour this cool, cloudy country. Including a visit to neighboring Northern Ireland. An overview of the remainder of the trip: 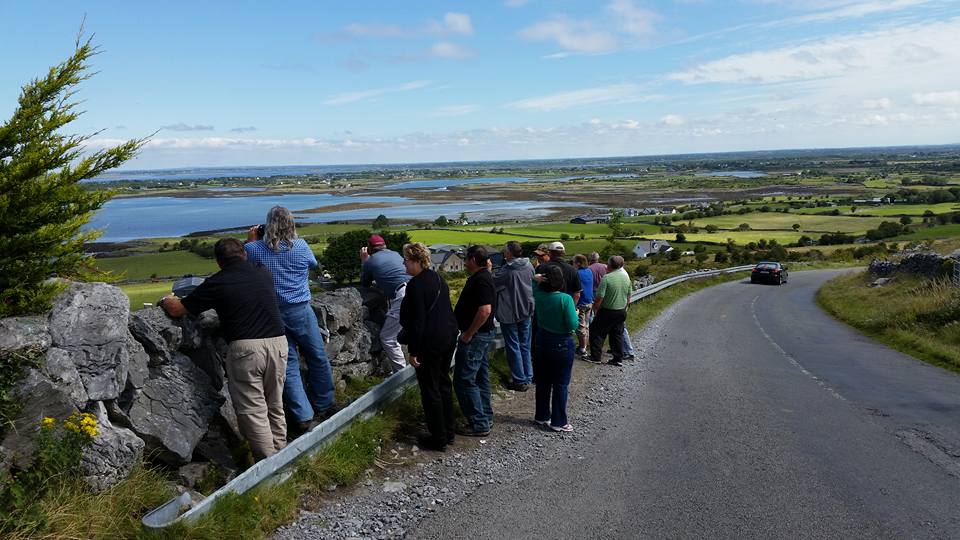 Lorna Sixsmith and Suzanna Crampton had dinner with the group that night, and shared their stories. Lorna writes a blog and calls herself The Farmerette. thefarmerette.com.

Lorna Sixsmith signing a copy of her book “Would You Marry a Farmer?” 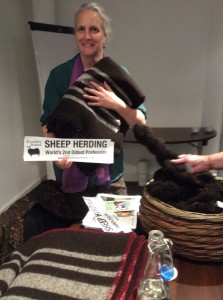 Suzanna Crampton with blankets, yarn and a bumper sticker relating to her business. She uses wool from her Zwartbles sheep. www.zwartblesireland.com 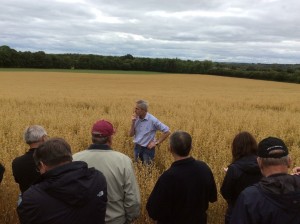 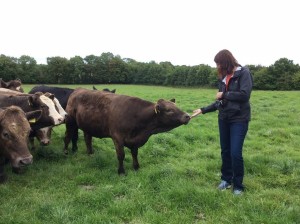 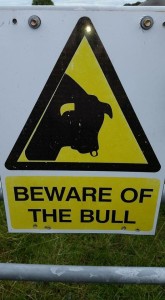 Organic farm owned by Pat Lalor, specializing in oats and beef. They have developed rolled oats and oat cookies which are packaged and sold locally and in select markets in the U.S.. 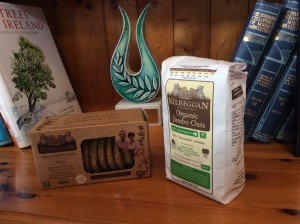 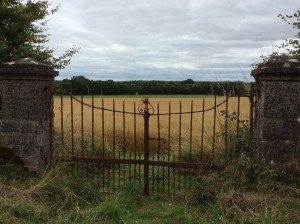 Photo of this gate is used on their oat and cookie packaging. 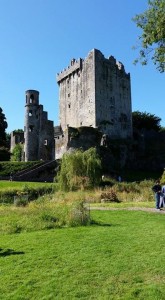 Thursday, August 13th: A visit to the Blarney Castle. 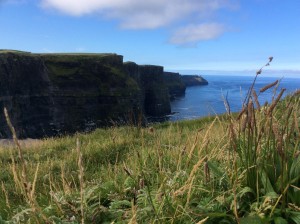 Friday, August 14th: The Cliffs of Moher on the Atlantic Coast. 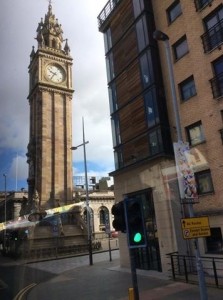 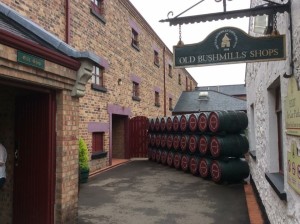 Bushmills is the oldest working distillery in Ireland, and celebrated their 400th anniversary in 2008. The group enjoyed some samples before crossing the bridge. 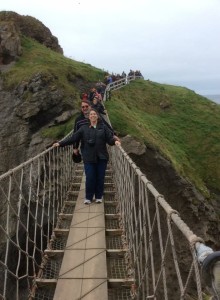 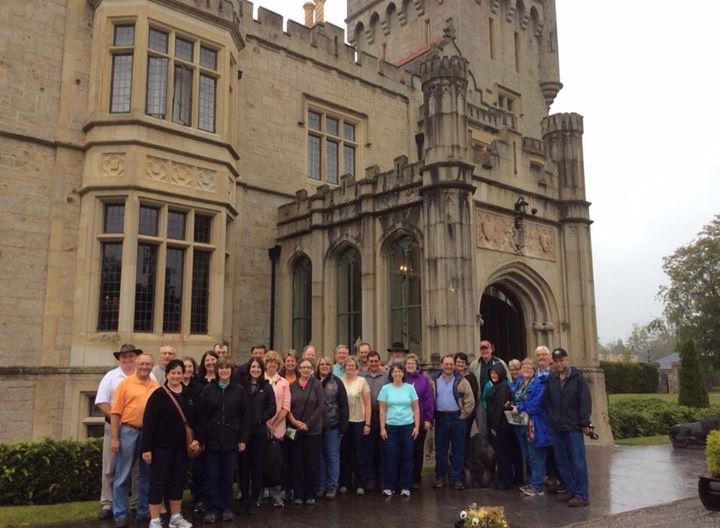 Special treat- night’s stay in a castle! Group photo in front of the castle they stayed at overnight. 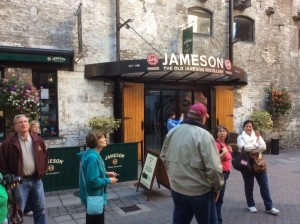 Three new directors have been added to the Minnesota Agriculture and Rural Leadership (MARL) Board of Directors. They begin their terms immediately.

• Rick Schwarck, Saint Ansgar, Iowa. Schwarck was raised on a family farm in  Mitchell County, Iowa, and is still involved in its operation. He has served as the president, chairman and CEO of Absolute Energy, LLC, an ethanol plant located near St. Ansgar. Prior to co-founding Absolute Energy, Schwarck had a 30-year financial services career and was co-owner of the Schwarck Agency, an insurance and investment firm. He was a registered representative of the Securities and Exchange Commission. He also served on numerous boards, including the Renewable Products Marketing Group, Growth Energy and America’s Renewable Future. He was the secretary of  the Iowa Renewable Fuels Association, and founder of Further Fuels LLC. He is involved in numerous other activities in support of agriculture and the ethanol industry. He and his wife, Holly, have four children.

• Michael Yost, Murdock, Minn. He is president and owner of Yost Farms, near Murdock. Yost is a past president of the American Soybean Association, and served as an administrator of the USDA Foreign Agricultural Service from 2006-2009, advising the Secretary and Under Secretary on international agricultural issues. Prior to that, he worked as an associate administrator at the USDA Farm Service Agency, and as a senior grain merchant at the Pillsbury Company. He has served on the Rabo AgriFinance Ag Advisory Board since 2012. He has been on several other boards, including Dow Agro Science, USDA/DOE Biomass, National Biodiesel, USDA Biotech Advisory and American Oilseed Coalition. He has been honored with a lifetime achievement award from the American Soybean Association, the Superior Service Award from the USDA, the Outstanding Alumni Award from the University of Minnesota Department of Applied Economics and the Siehl Prize for Excellence in Agriculture from the University of Minnesota.  He lives on a fourth generation farm near Murdock.

• Jack Gerhardt, Class VII representative (non-voting), Fairmont, Minn. Gerhardt has extensive off-farm business experience in sales, financial markets, product management, sales management and general business management in domestic and international markets. He moved back to Fairmont from Chicago in 1997 to pursue his ag interests, and, in cooperation with other family members, has developed interests in hog production, livestock facility management, crop production and small wind power generation. His operations have been recognized for leading edge adoption of technology as well as for being environmentally sensitive. He is a regional manager for C&B Operations, LLC, which owns and operates 24 John Deere dealerships in five Upper Midwest states. Gerhardt studied Ag Economics at the University of Wisconsin, and received his master’s in Economics at Colorado School of Mines.

MARL’s mission is to develop the skills of Minnesota agricultural and rural leaders so they may maximize their impact and effectiveness in local, state, national and international areas. Each class is comprised of 30 participants, with two-thirds being active in agricultural production and the other third involved with agribusiness.

Saturday, August 8th a group of 32 MARL alumni and spouses arrived in Ireland for an extensive Ag Study trip.

The travelers did not rest after their flight. After arriving in Dublin they went to tour the Joe Hayden Dairy Farm, which produces cream for Baileys. Sampling was included. Joe Hayden also presented to the group about the Orchard Centre, Tinahely, Co. Wicklow. This is an example of agrotourism; facilitating team building- and other events at the farm. 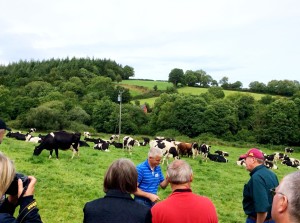 Joe Hayden and his dairy cows

The group visited the Tullamore National Livestock Show the next day. 60,000 people attended the show. The MARL alumni had the opportunity to meet the Irish minister of Agriculture: Mr. Simon Coveney. The day at Tullamore went by fast with a great livestock show, friendly people and a great day overall. 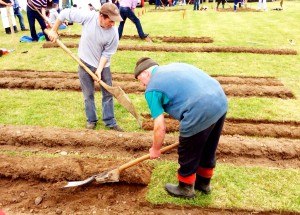 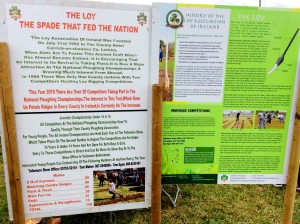 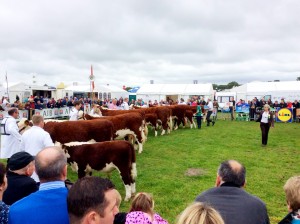 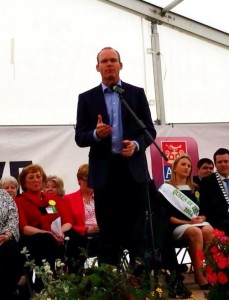 This MARL alumni event is completely paid for by it’s participants.

Mike Liepold and Olga Reuvekamp spent three days at the Minnesota Farmfest near Redwood Falls to connect with our members, alumni and friends. Board member Sandy Ludeman helped out by volunteering and sharing the MARL story. New in our booth: a big Minnesota map with all our members’ locations. 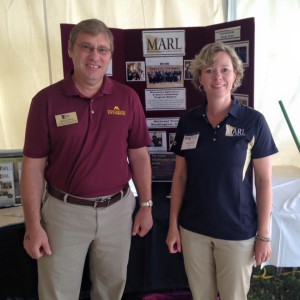 Bruce (MARL Class V) and Ann Tiffany hosted a picnic for MARLers and friends at their farm on Wednesday evening. Current Class 8 members, alumni, administrators of SMSU and U of M, and others (re)connected. A great evening. As Ann Tiffany, our hostess, observed: no icebreakers needed. Thank you to all for joining. Thank you for the Tiffany family for hosting.

Did you miss out on this? Find more info about MARL and upcoming events on this website, including the MARL-map. You are welcome to contact Olga for more information, or sign up for the bi-monthly MARL newsletter per email.