We began our last full day in Vietnam early, meeting in the hotel  lobby at 7:00 am for a bus ride to the Tan Cang-Cai Mep International Terminal (TCIT). The TCIT is the container port approximately 75 kilometers from Ho Chi Minh City where most of the dried distillers grains arrive from the U.S.for importation and use across southern Vietnam. Along the way we took in the sights and sounds of this city that the people in the south still refer to as Saigon. Though the tall skyscrapers and chain restaurants are reminiscent of any large American city, the river of motorbikes with their incessant beeping and weaving are unlike anything you will see in the United States. For the Vietnamese, traffic lanes are only a suggestion and sidewalks sometimes become passing lanes, but it seems to work for them.  We have been told that in this nation of over 90 million people there are 45 million motorbikes, and the people of Vietnam use them to transport nearly everything imaginable.

The Ho Chi Minh City  skyline is filled with cranes as the city has been rapidly growing since Vietnam hung up the “Open For Business” sign in the mid-1990s. We crossed under the Saigon River in a tunnel that is 28 meters underground. The tunnel, which was completed in 2012, was designed by an American engineering company.  It  has created new opportunities for development on the east side of the river as the population continues to swell. Even so, signs of Vietnam’s recent past are ever present.  As we motor along a modern toll road, water buffalo graze with skyscrapers under construction on the horizon.

As we leave the city, the highway rolls through rice paddies where 10-20  workers are hand harvesting the rice. Most rice in the south of Vietnam is machine harvested, but it is still common to see agricultural workers in the field. Our guide tells us that 62% of the people living in the Baria Vung Tau province that we are passing through are still employed in agriculture.  Roadside stands open to sell breakfast or produce, while motorbikes cruise along through the villages. Though we are traveling through what the Vietnamese would call a rural area, you never get a sense of remoteness as the villages are all closely strung together.

We arrive to our destination with time to spare, so the bus pulls over to a small café where we order some Vietnamese coffee.  Roosters are crowing on the sidewalk and, even though we are well out of the city center, the traffic and the beeping of horns is still ever present.  While Ho Chi Minh City was tidy and neat, Vietnam’s new found affluence has left the countryside littered with debris. The infrastructure to deal with garbage is underdeveloped and road ditches and medians are strewn with trash. As our group sits in tiny plastic chairs finishing their coffee, the roosters kick up dust as they sort through the detritus along the edge of the road. 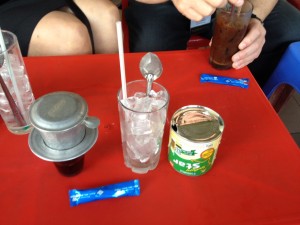 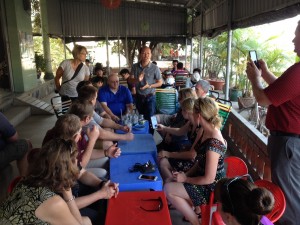 There are five main shipping ports in Vietnam, and the TCIT is one of the busiest.  The port is a joint venture between Vietnam, Japan, Singapore, and Korea with Vietnam holding a 51% controlling interest. Our group was given a presentation on the port operations by Mr. Minh, the Operations Director. He explained how trade has increased since the passing of a free trade agreement with the European Union in 2012, and is expected to continue to grow with the signing of the Trans Pacific Partnership in 2015. On a map he showed us how  containers from the port  can be loaded on to barges for the 10 hour trip to Ho Chi Minh City. 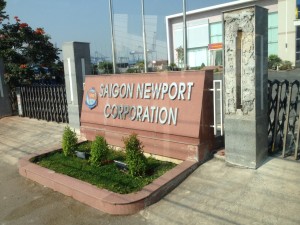 After our briefing in the office building, we were taken outside for a tour of the port facility. The lot was full covered with both full and empty containers and we were dwarfed by the massive seaside cranes. We could see ships waiting downstream to enter the terminal as we had a group photo taken with the  enormous unloading equipment as a backdrop. After the photo opportunity, Mr. Minh answered more of our questions as we struggled to overcome the language barrier.  We presented him a gift as a token of our appreciation from MARL Class VIII before boarding the bus for our trip back to Saigon/Ho Chi Minh City. With an economy growing at over 6% a year, the TCIT port is likely to be busy for years to come. 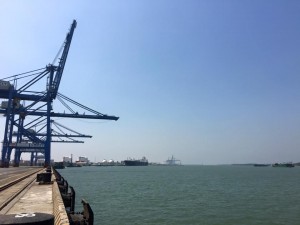 When we return to the city, our guide makes sure to give us one last chance to buy souvenirs. The Vietnamese are very appreciative of dollars being brought into the country, and are working hard to develop their tourism industry. U.S. dollars go along way in Vietnam and even after ten days in the country,  our group is still getting used to calculating the exchange rate.  We all became instant millionaires when we entered the country as 100 U.S dollars is equivalent to 1.1 million Vietnamese Dong.  Many of us buy a few last minute gifts for family and friends, spending the last of our Vietnamese currency before heading to lunch.

Our final meal together is on the second floor of the Chateau Restaurant. Like all of our meals in Vietnam, it comes artfully prepared and is served In several courses.  There has been joking among the group about how we have been eating our way through the country but it’s true.  The food has been tasty and abundant. We use this time together to share toasts and debrief about how the trip has affected us in some way.  Everyone takes a turn sharing personal reflections before we wrap up our day with some planning for our MARL graduation which is now only a month away . As we head back to the hotel we know that our time here is coming to a close, but the lessons we have learned and the experiences we have shared will shape us for the rest of our lives. 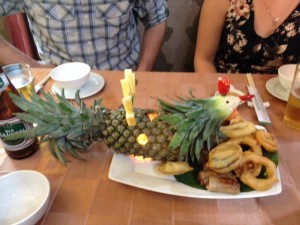 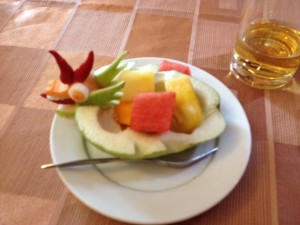 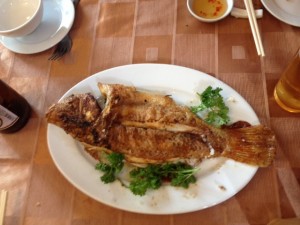 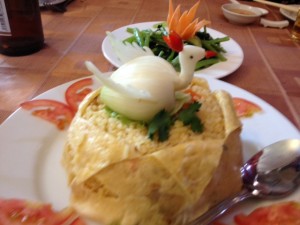 Arrive in Saigon, Reunification Palace and the Opera House: Day 7

We started our day with an early flight from Danang to Saigon. Landing in Saigon was a definite change in weather- 95 and humid when we stepped outside! Our new tour guide “Steven” (his English name) took us on an immediate city tour with stops at the City’s Central Post office and Notre Dame Cathedral. 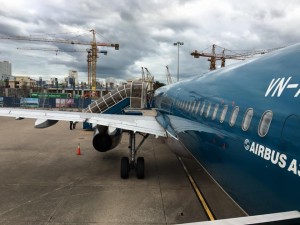 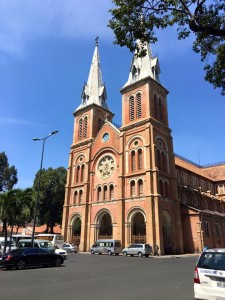 After an early morning, a stop for Vietnamese Coffee was needed for most of the group, and McDonald’s for others! A noticeable change here in Saigon compared to our previous cities is the western influence. KFC, McDonald’s and Popeyes are easily found.   After lunch, we toured the Reunification Palace where the North Vietnamese Army crashed through the gates of the palace to raise their flag and end the Vietnam War (known as the Civil War here). 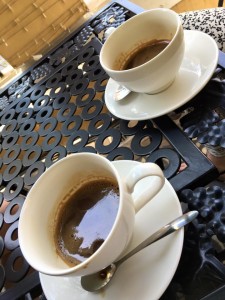 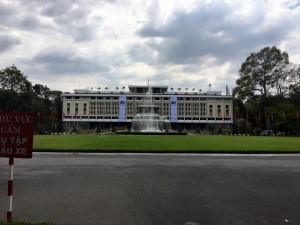 After checking into the very nice Edenstar Hotel, we headed to a group dinner with more Spring Rolls and bbq spicy prawns, followed by an AO Show at the Saigon Opera House. This show is acultural performance that highlights life in Vietnam performed by local circus performers, dancers, athletes and artists. It was a beautiful experience! 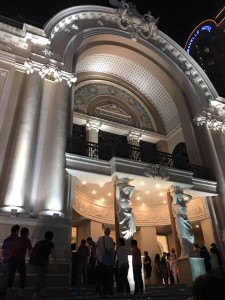