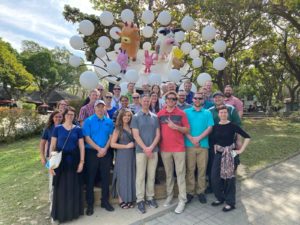 Our third day in Taiwan we started early packing our things and leaving the hotel in Taichung City at 7:15 AM. Also known as “wheels up at 7:15 am” as our classmate Jay Schmidt likes to say on the tours that he leads. After a wrong turn and passing numerous signs saying no trucks or busses, we found ourselves needing to make a right turn coming down off of a steep decline which resulted in a rather jarring scraping noise coming from the front driver’s side of the bus. After some back and forth, some more loud scraping noises and offering to step off the bus, our driver skillfully navigated the turn and headed the right direction to our first stop, the Flying Cow Dairy Farm. 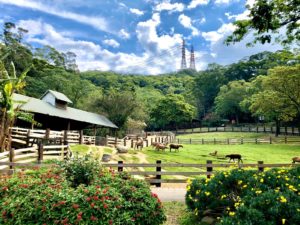 The Flying Cow Farm is a former dairy farm that was converted to an agro-tourism business with many different farm animals including Jersey and Holstein cows, goats, geese, rabbits and sheep. Just like in the US the Taiwanese people are increasingly getting removed from their roots in agriculture and farms like these are great for showing farm animals. 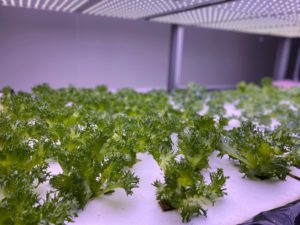 Next was the Yeshealth organic vegetable farm where they produce about 1.75 tons of lettuce, spices and various greens using 26,000 square feet of vertical hydroponic farming. At this unique farm they have found that the vegetables both grow and taste better if they play classical music. The Yeshealth organic farm was a fascinating view into the future and the potential of urban farming. 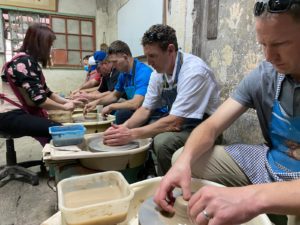 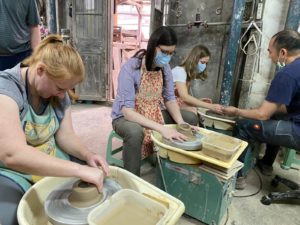 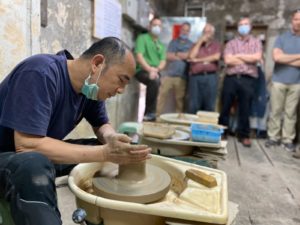 Our next stop after lunch was a personal favorite of mine, the Yingge Old Street Market. The class received a demonstration showing how to mold a piece of clay on the pottery wheel into a cup, a bowl or a vase. A number of MARL classmates tried their hand at throwing their own piece of pottery on the wheel. In the meantime I went to look for a piece of local pottery for my wife, who is a professional potter on our farm in Minnesota.

Our last stop in our busy day was Taipei 101, the 5th tallest building in the world and the tallest building in Taipei. There we rode on one of the fastest elevators in the world to the 90th floor where we enjoyed 360 degrees of striking views of the expansive city of Taipei. On our way back down we saw the impressively engineered wind damper; a 5 story tall metal ball counterweight designed to make the building safer and reduce the sway of the more than 1,600 foot tall building.

Lastly we were off to dinner and to check into the Hotel RegaLees for our final night in Taiwan and the last night of the trip. Tomorrow we will pack our bags, enjoy a few more tourist stops and board the plane for our 13 hour flight to Chicago.