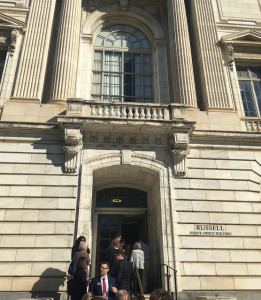 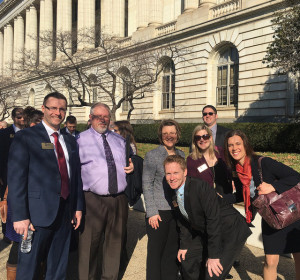 Day two of the MARL national leadership seminar is Washington, D.C. began with an early morning session on understanding issues, positions, interests, and values at the hotel.  Our first meeting on the hill was with staff from the Senate Committee on Agricultural where Minnesota native Chelsie Keys, Senior Staff member of the Senate Ag Committee, and Matt Erickson, Chief Economist of the Senate Ag Committee, had a great conversation with us about current agricultural policy. 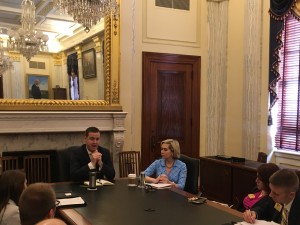 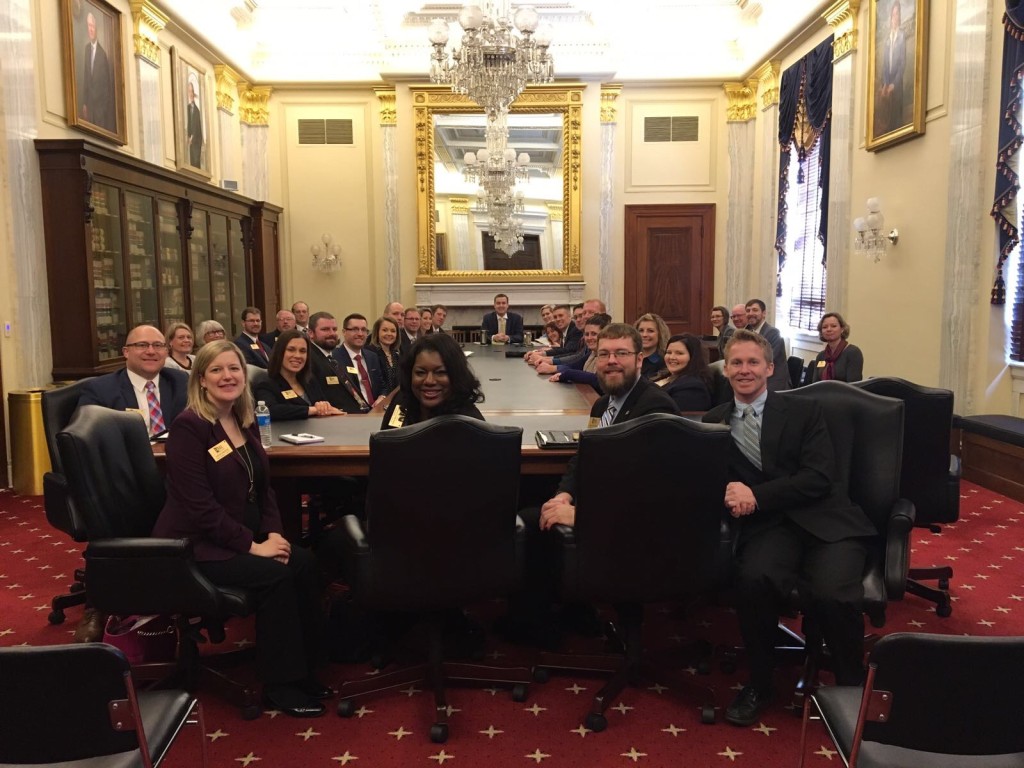 Topics discussed included work on the 2018 Farm Bill, confirmation of key staff members, trade, market access, foreign animal disease, CRP, and immigration.  While a 2018 farm bill might seem a long way off, there is a great amount of work required to meet the needs of agriculture and successfully pass both the house and the senate. 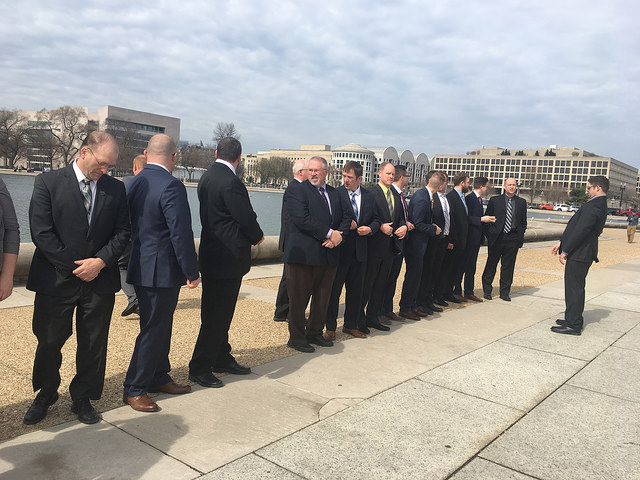 Lining up at the Capitol steps

The next stop in our day led us to the West Capitol Steps at the Grant Memorial where we assembled for a MARL Class IX Group photo.  With the President’s speech schedule for later that evening security was already becoming noticeable.  For us this meant lines to get through security and into the Longworth House Office Building where we had the opportunity to meet with staff from House Committee on Agriculture.  Minnesota Congressman Collin Peterson was able to join us as well and shared some of his thoughts on agriculture and the upcoming farm bill. 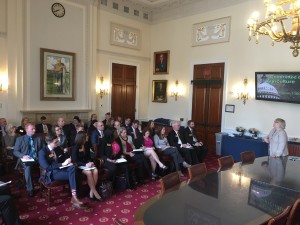 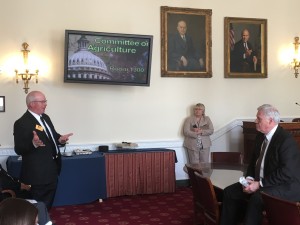 The rest of the afternoon was spent meeting with each of our respective members of congress.  Those visited included Tim Walz, Jason Lewis, Erik Paulson, Betty McCollum, Keith Ellison, and Tom Emmer.  I personally had the opportunity to sit down with Jason Lewis and his staff where we discussed the upcoming farm bill, health insurance, and labor.  The remainder of the afternoon was spent exploring the hill and sitting in on portions of the House Committee on Agricultures subcommittee on livestock and foreign agriculture.  It was interesting to hear testimony from some familiar and not so familiar agricultural organizations including the American Soybean Association, a professor from Texas A&M University, the U.S. Meat Export Federation, California Farm Bureau, and the U.S. Hardwood Federation.  A large part of their testimony centered on the International Market Development.  Did you know that the U.S. exported $150 billion in agricultural products in 2014?  Or that the U.S. exported more than $2.4 billion worth of lumber in 2016?  Both of these number represent a large trade surplus of agricultural products. 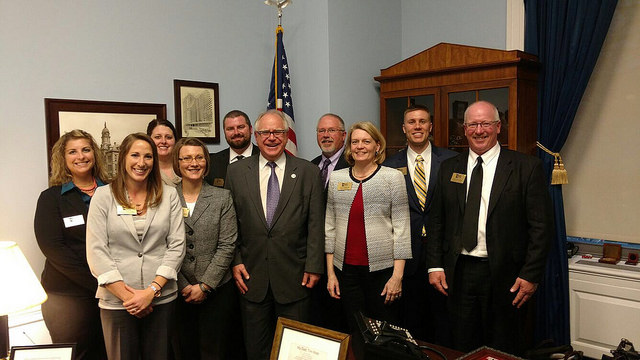 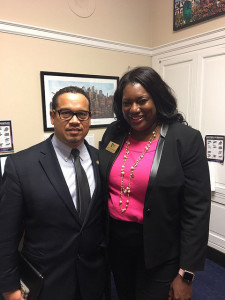 Our day wrapped up dinner at the historic Gadsby’s Tavern in Alexandria, VA where we were  joined by a few special guests of MARL Class IX.  Guests included John Rosenberg, a native Minnesotan who has spent much of his career in DC, and Leslie Rosenbaum & Debra Derickson, the sister and brother-in-law of classmate Russell Derickson.  A highlight of the evening was the after dinner entertainment provided by Ryan Wendland as he played guitar and sang Shenandoah. 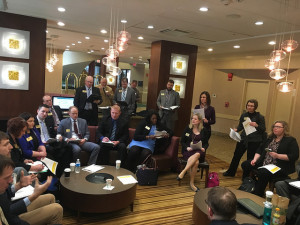 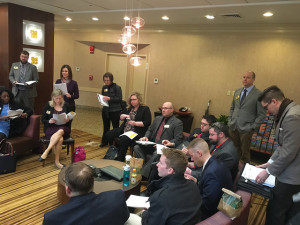 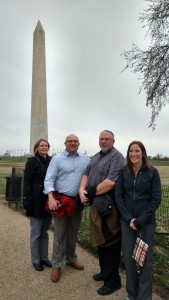 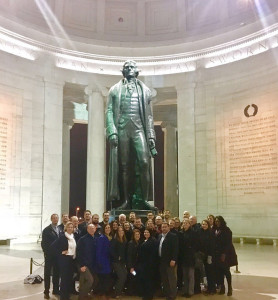 The Chief Agricultural Officer Felipe Gajardo and Agricultural Specialist Javier Chaud of the Embassy of Chile warmly welcomed the class later that morning with an in depth presentation about Chile’s agricultural industry. It was fascinating to learn more about the Chilean products exported to the U.S., and how the agricultural economies of Chile and Minnesota compare. Chile is responsible for 14% of the U.S. fruit imports, and is the world’s largest salmon exporter. 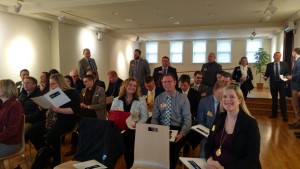 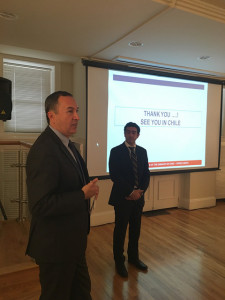 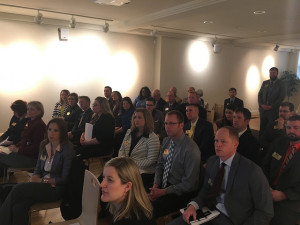 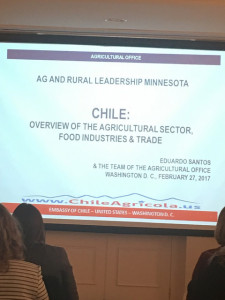 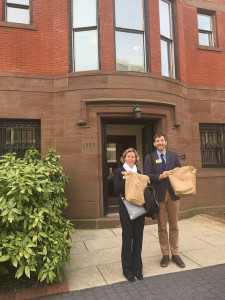 Morocco and Minnesota. Besides having names that start with M, you wouldn’t think these two places have much in common. One is wet and cold, the other hot and dry. Minnesota is part of a democracy, and Morocco is a monarchy stretching back to the 800’s. Yet, more ties us together than you may think.

Our relationship with Morocco is very important, more so than most realize. We were fortunate to meet with Mr. Driss Alaoui and his colleagues at the Moroccan embassy today, where we learned about the ties between Morocco and Minnesota and discovered how similar our methods of government leadership are, despite being quite different at first glance.

The biggest tie between our countries, a tie which most people have never heard of, is phosphate. Phosphate is a critical component of modern fertilizers and has played a large role in making Minnesota agriculture so productive. Morocco is blessed with the world’s largest deposit of phosphate (85% of the world’s supply). Big enough that, at current rates of production, it would last another 300 – 700 years. Other sources of phosphate around the world have been declining, as quality rock gets mined and expansion is limited by environmental concerns. Not in Morocco. Instead, they’ve been using the revenues from phosphate production to finance growth and development in other sectors.

One of those sectors is agriculture. Much of Moroccan agriculture is done by small holders, with less than 25 acres a piece. At the same time, 45% of the country are farmers. This is not competitive in the long run and in a global economy where logistics are constantly improving, as these small farmers are up against the economies of scale that countries like Chile are building for their export markets. Much like Chile, Morocco hopes to be able to supply the United States and other developed markets with year-round produce, shipped across the Atlantic. They are also leveraging their strategic location as the gate-keeper to the Mediterranean to sell their specialty crops to the markets of the European Union.

With the goal of expanding the agricultural sector to serve these export markets, the government of Morocco consulted with farmers and trade groups, asking them for feedback on what was holding them back and what they needed to become more productive and more competitive. The Moroccan government realized through these consultations that the main limiting factor for Moroccan farmers is lack of capital and access to credit, preventing these farmers from achieving economies of scale or greater efficiency and profitability. To address this, the government established a one-billion-dollar capital fund that farmers can access for loans and grants to modernize their operations to be more efficient and competitive. 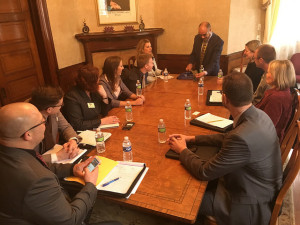 This approach isn’t that different from how leadership works here in the States. As our elected representatives develop agricultural policy, they turn to the private sector, working with companies and trade groups to figure out how to best serve the needs of their constituencies and ensure strong growth and stability. The difference is that our elected officials, armed with that knowledge, must go and advocate for those policies among their colleagues before they can be passed into law and acted upon. In Morocco, once a course of action has been identified and a 10-year plan laid out, administration officials will instead sign contracts and agreements with the private sector, committing both public and private actors to a course of action that will lead to the goals laid out in the 10-year plan.

It is a different approach, but the same set of goals. It was wonderful to meet with Mr. Alaoui and his team, and I’m so grateful for the opportunity to learn about their country and the ties that bind us together. 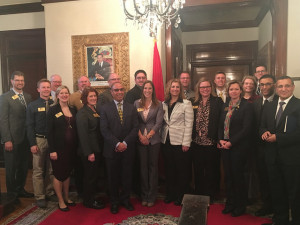 While half the group visited with the Moroccan Embassy, the other attended a presentation at the Embassy of Kazakhstan. Here, we learned all about the largest land-locked country in the world. Kazakhstan is one of the world’s premiere producers of wheat. What makes their wheat unique is that it is used for making gluten-free options. Beyond being gluten free, much of the agricultural products produced in this Eurasian country would be deemed organic.

Bordering Russian and China, Kazakhstan is in a strategically located position. Given their proximity, both Russia and China are large trade partners. The European Union also plays a primary role with trade. The United States and Kazakhstan do have friendly ties with international trade. With a population of just 18 million people, the U.S. exported around $47 million worth of ag products to Kazakhstan in 2015.

One of the most important takeaways from our time spent at this embassy is the want and willingness of Kazakhstan to partner with those within American agriculture to improve the state of their industry. This former Soviet nation is looking to build modern infrastructure for their ag economy.  They’re offering a host of economic incentives to foreign companies, such as creating duty-free zones, along with a tax-friendly environment.

The class was first addressed by Deputy Ambassador Yerken Ahinzhavov. Mr. Ahinzhavov gave the group a high-level review of his country. We also got to spend time hearing from First Secretary Nurlan Gabdyzhamalov, who was eager to speak to each person with our MARL class on what sector of agriculture they worked in. It was just as much a learning opportunity for him as it was for us. Two MARL class members received a chance to record a special message to the Kazakhstani President after reviewing his recent comments on strengthening their ag industry. It was certainly a great experience by everyone in attendance. 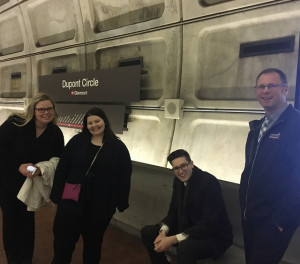 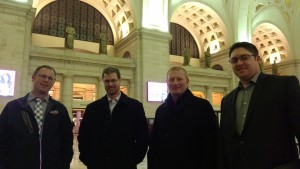 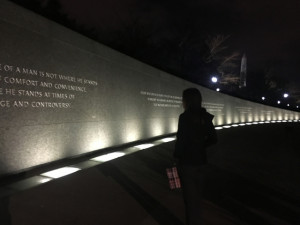