Stop and smell the roses (Day 2) 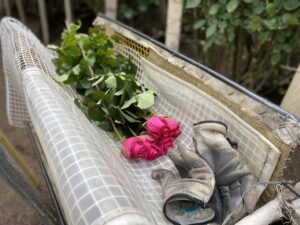 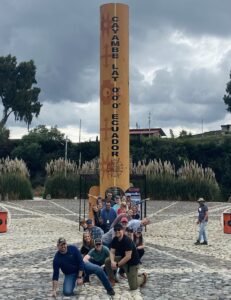 MARL Class XI officially had their first day full day in Ecuador. Starting out the morning in Otavalo, the class gathered for breakfast and then went over some previous sessions leadership concepts to be implemented during the trip. 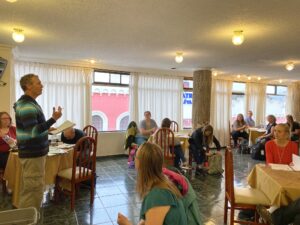 After going through expectations, the class hopped on the bus and headed to Fiorentina Flowers one of the 600 rose farms in Ecuador. The farm was 30 ha and was just starting to prepare for the Mother’s Day holiday. Through out the tour the class learned about how altitude impacts flower growth, how production is measured in two ways stems per meter per year or production of stems per plant per month and the rose export market. 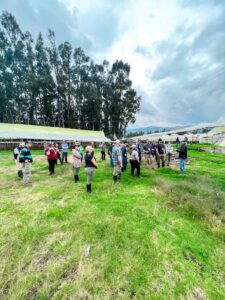 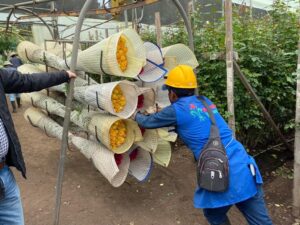 94% of the roses in Ecuador are exported through out the world. Russia used to have 35% of that market, then it dropped to 20 percent and now 0. 15% of the crop is exported to Europe. The US also receives a lot of roses from Ecuador with Topco being one of the main companies that purchase Ecuadorian roses.

For the major holidays Valentine’s Day and Mothers days Roses are shipped and flown to the US early. For example, for Mother’s Day they start shipping on April 10th.

Market access includes selling to the wholesale market and the retail market. 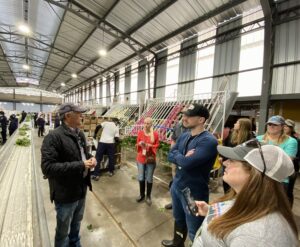 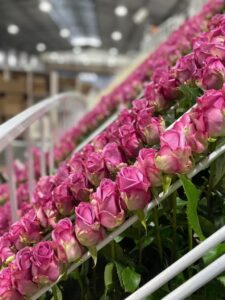 After the rose farm, the class headed into town and ate lunch at a local cafe where they had chicken and rice, lentil soup, a salad, some tea and cake.

Then it was time to go to Equator. Ecuador means equator in Spanish. Ecuador has many different names including Republicans del Ecuadoral and it is the only country in the world to be named after a geographical feature. 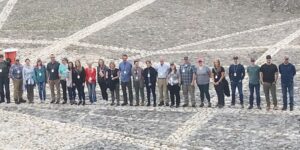 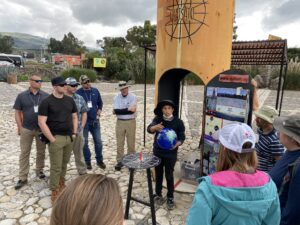 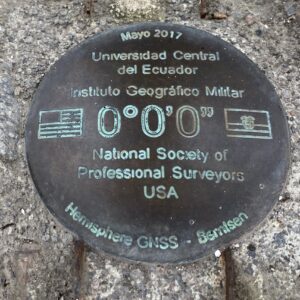 Standing at the Quitsato Solar Clock, the presenter gave the group different perspectives and facts about the equator. The clock works to help understand the movements of the sun, the procession of the seasons, agricultural calendars and the history of our modern calendars.

Back long ago, the indigenous people utilized the Andes mountains and discovered how to orientate earths orientation in correlation with the suns positioning based on the fixed position of the mountains. No other country in the world is able to do that as that had no fixed points to do so.

Mountain Cayambe, part of the Andes, helped the indigenous people to understand the earths rotation and is the highest point crossed by the equator and the only place where the place has snow covered mountains one equator making this the only place to have tropical glaciers.

After learning about the equator, the group got to go to a small agave garden right by the equator line and learned more about tequila production and local bamboo. The class then got to try a sample of local agave products. 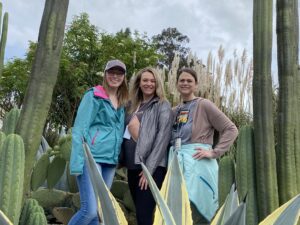 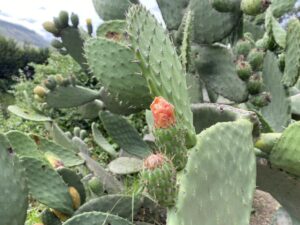 Later in the afternoon, the group got to immerse themself in the Ecuadorian culture. They visited a local craftsmen who made professional instruments from local materials at his home. His family entertained the group with a musical performance and a demonstration of building one of his products. 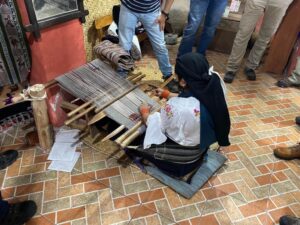 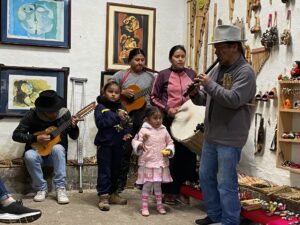 The other cultural tour consisted of a local artisan who demonstrated turning wool into yarn, using a loom and the process of creating and making blankets, clothing and other products.

To end the day, the group gathered for dinner at a local restaurant and enjoyed potato soup, trout and some crepes.

Fun facts of the day:

-Ecuador is self sufficient in rice and milk production.

-A common treat in Ecuador is the bizcocho, which the class got to enjoy.

-Families tend to live together or close by each other and have to see their family at least once a week.

-Ecuador has a very diverse climate depending where you are resulting in a diversity of crops that can be grown in the county.

-The full monty is a new variety of roses that will be out in the next 12 months.

-Ecuador is one of the countries that you can see the whole constellation at certain times of the year.

Day 1 was the travel day, when the group traveled from Minneapolis via Atlanta to Quito. An uneventful day; all arrived safely and on time at the Quito airport. From there, tourguides Ivan and Mateo, picked us up by touring car, to take us to Otavalo. There, the group could start their night rest.