ALL ABOARD!!!!!  At 6:45 a.m. we heard this call cried out.  One thing we have all learned after just four seminars is that MARL will make the most of every minute, and today would be no different.  We boarded our bus this morning, luggage in tow, and said goodbye to our weeklong home in Washington D.C., but the adventure continued…. 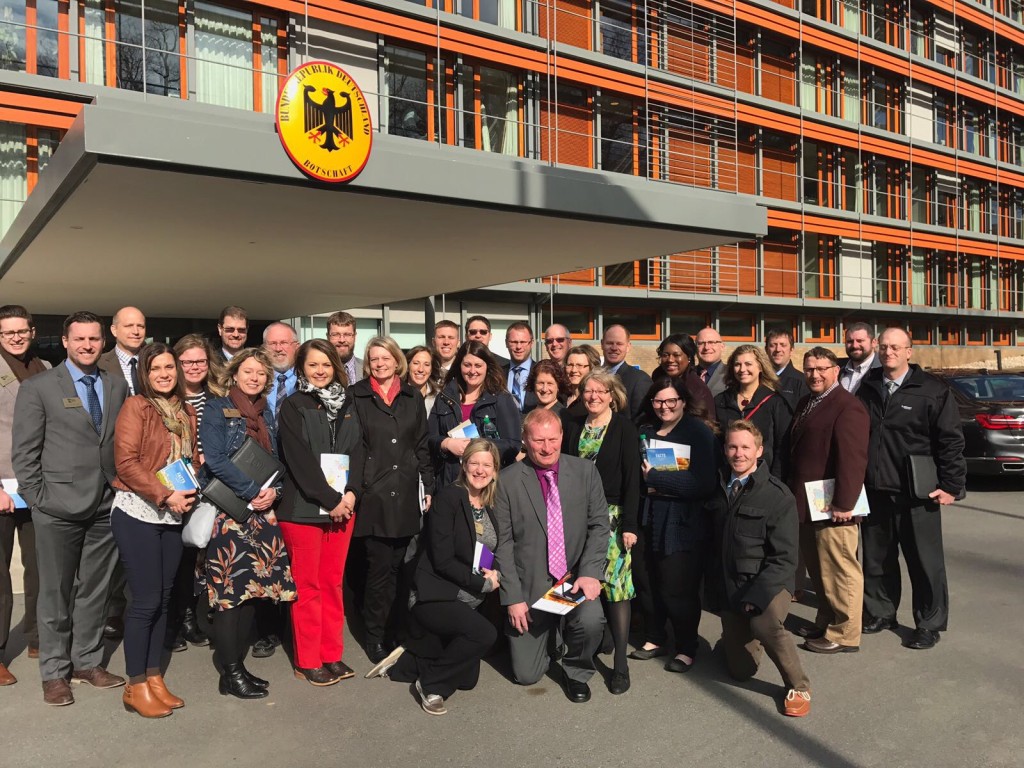 Our first stop of the day was the German Embassy.  The first impression we got was that they have a security process that would rival most international airports.  Once inside, we heard from Astrid Jakobs, who serves as the Minister Counselor of Food and Agriculture for Germany.  She started off with some statistics about Germany.  Germany spans an area of 137,847 square miles.  To put a visual to that, that is roughly half of the state of Texas.  Their population, however, is a bolstering 81 million, which would be like trying to fit the population of Texas, New York, and California all into that area!  Currently, they have about 285,000 farmers, and the average farm size is about 150 acres.  With such a large population, and limited land resources, all of ag business in Germany has shrunk by 33% since 2000. Astrid cited lack of interest in the next generation to take over, and urban sprawl as factors in the decline, which although much more dramatic, sounded familiar to some of the hurdles we have in the United States.  Germany produces cereal crops, beets and potatoes primarily, with the majority being grown on the eastern side of the country.  On the western side in the hillier and mountainous portions, you will find more animals, such as pork, and dairy.  Many of the cities will have fruits and vegetables grown around them.  Astrid went on to talk about trade policy in their federal, democratic republic.  Agriculture merely makes up less than 1% of total GDP.  That being said, Germany is very sensitive to the viability of their small farms.  They feel limiting free trade is paramount to protecting their farmers, which is a contrast to our farms in the United States.  The other stark contrast that caught my attention was that the largest portion of Germany’s ag budget went to social security and pension for their farmers.  Germany also puts a lot of work into water quality and improving for future generations, which is what we are working to improve each year in the United States as well. 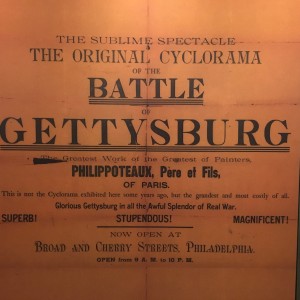 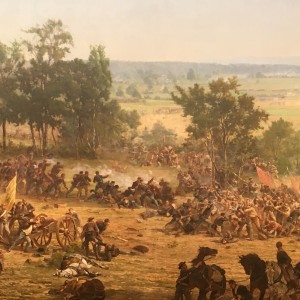 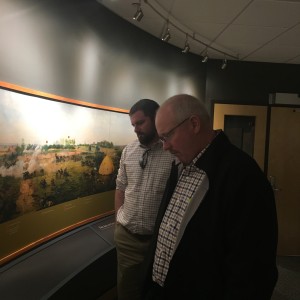 Ready to depart from the German Embassy, we again boarded our 6-wheel charter vessel, Academy, and made our way to Gettysburg.  Once to the Gettysburg museum, we took in The Battle of Gettysburg Cyclorama painting, which is an impressive depiction of Pickett’s Confederate Charge on Union forces during The Battle of Gettysburg on July 3rd, 1863.  Once through the museum, we took a guided tour on our bus through the battlefields.  Everywhere you looked, there was history.  Left and right we saw monuments to commemorate the loss, and the gain of those 3 long days in July, 1863.  We passed through Seminary Ridge, Little Round Top, Cemetary Hill, and Culps Hill.  Perhaps the highlight of the tour was stopping to see the monument to commemorate The Minnesota 1st volunteers.  The Minnesota 1st was a group of Union soldiers who had the daunting task of holding a gap in the Union forces line on Cemetery Ridge.  When they took to the field no questions asked, there were 262 of them fighting to fend off roughly 1600 Confederate Soldiers.  When the smoke settled, some 215 members of the regiment had fallen, but the line was held.  Hearing the stories of the soldiers who fought at Gettysburg, it was hard for to not be inspired by the leadership of these men who fought for a cause for the good of all men, no matter how popular, or unpopular it may have been.  And although pushing into what seemed to be certain death, they continued forward, believing in the goal. 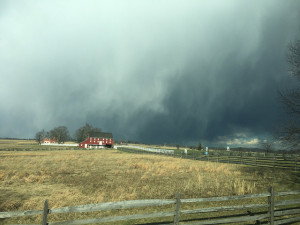 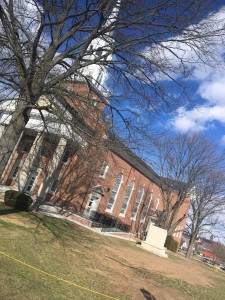 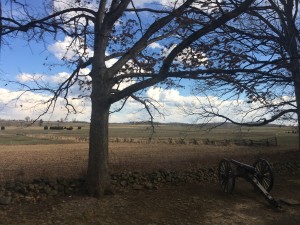 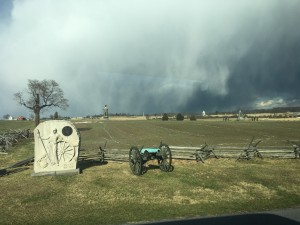 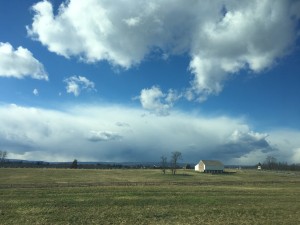 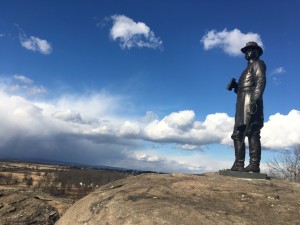 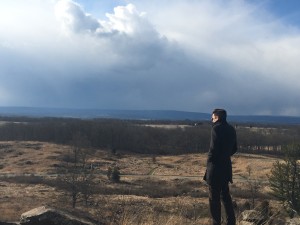 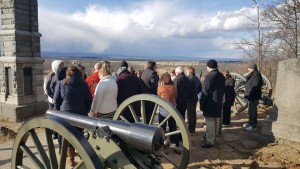 After leaving Gettysburg, our highway schooner brought us back to the airport.  We checked in, reminisced about the week we had, and boarded our final passage back to our homes.  With wheels up, the moon reflected off the wings of the plane as we reflected on our week in our Nation’s Capital.  Some of the reflections we shared focused on how many different leaderships styles we saw, made up by many different morals and principles.  We all agreed on one thing we heard all week, and that was the idea of finding common ground to push for causes for the greater good of all, and making allies.  Once back in Minnesota, we departed from the airport to head back to our homes that differ from one another, but we all shared the commonality of coming home stronger leaders, with a better vision of the leadership legacies we hope to leave. 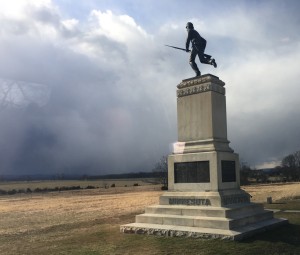 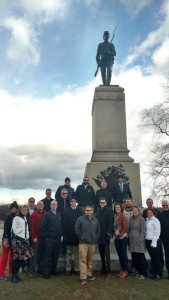 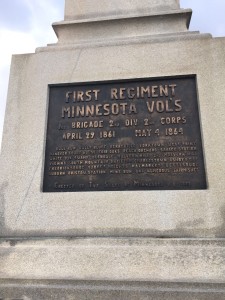