Strengths in Ourselves and in Our Communities

We got to start the eighth session of Class X in Austin on a cool morning.  Cold enough that the diesel at the fuel station didn’t want to pump into the pickup!  Starting our day was our hosts Dr Shoung Noy and Tov Reaksmey.  They were able to give a broad overview of the places we will be seeing and an insight of some of the cooperative work that is going on in Cambodia.  Dr Noy went over some of the basic phrases we will need while in country such as “hello”: សួស្តី Suostei and “thank you”: សូមអរគុណ saum arkoun. 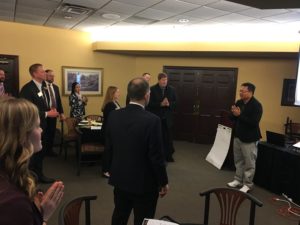 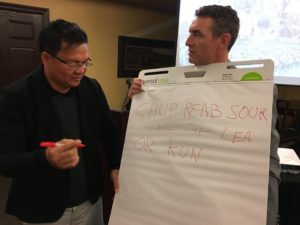 Dr.  Noy also went over the proper way to bow when visiting officials in the government or some of the temples.

Over lunch we were able to hear from our fellow class members on their chosen international report topic. 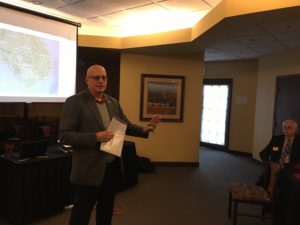 We were privileged to hear from Steve Kraus, a Minnesota native who served as the Regional Director in South East Asia for the U.N. World Health Organization. Steve shared his experiences about his time living and working in the region helping refugees during the end of the Khmer Rouge in 1979-1980. One of his main take aways was how the Cambodians are able to move forward after the genocide. Their ability to forgive enables them to build up their society, instead of dwelling in the extremely painful past. 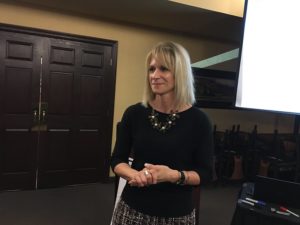 After a short break we spent a majority of the afternoon working on the results of our StrengthsFinder 2.0 results with Shelly Schell (Class VI).  My results were not surprising to me but what I was able to take away was how to better work with those that don’t share the same strengths as myself.  In doing so you build a better team.  Shelly’s closing remarks where a very good reminder to not be afraid to do what you are good at and don’t be afraid to ask someone for help.

Our keynote speaker at the Austin banquet was Minnesota House Representative Rod Hamilton (District 22B).  Representative Hamilton presented about his leadership journey.  Starting out doing chores on a farm that eventually resulted him to work at Christensen’s hog farms.  Working his way throughout the organization, followed by making his run for office.  He shared some of the high’s and lows.  One quote that will stick with me is on a particular hard day and after dealing with some health issues he was laying on the floor playing with his young son, who climbs onto his chest as he was laying there.  Grabs his face and tells him “Don’t give up Daddy, you can do this”.  One of the high’s he shared was when he was able to see directly the benefits of a bill that he co-sponsored.  It was not a universally popular bill but had huge outcomes for those that needed it.  That bill was the medical cannabis bill that Minnesota passed. Representative Hamilton has been leading by deeply investigating issues, sometimes resulting him in “flip-flopping” on controversial challenges facing Minnesotans.