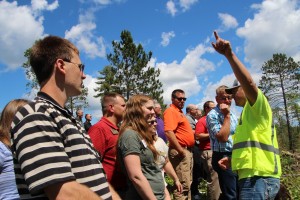 The day started when we all climbed on to the bus bright and early and headed to “The Range”…the iron range that is. I will say when they said, the Range, the song ‘Home on the Range’ immediately came into my head. On the way to our trek further north we watched a video on Iron mining and the different mines in Minnesota. To be honest, I was surprised how many we had. Northern Minnesota is such a beautiful place and greatly enjoyed getting a lay of the land. We stopped to pick up….. And we were on our way again. These two being professionals in the Iron Mining industry were a wealth of knowledge not only on the mines but the town history.

Around 9 AM we arrived at Hib Tac, the mine outside of Hibbing, Minnesota. We were pleasantly greeted by two Hib Tac employees, Julie Lucas the Environmental Manager and Sandy____, the Public Relations Manager. They jumped on the bus and we were off. Due to competition in the area and security measures we were not allowed to take photos, but boy was it cool! This place was huge and the equipment was even bigger! The first stop was to show us one area they were currently mining and had a view to see the different layers of the soil. The Hib Tac mining site is 120 years old and they believe they have at least 10 years left on the site, if not more. This tour was extremely educational and I learned all sorts of facts about Iron mining. Julie told us that every time they “blast” and area to shake up the ground and bring the Taconite up, they usually have about 1 million tons of Orr which will last about a month for them to mine. What I also did not know is that Taconite is slang word for what they are actually mining, Magnetite which you can tell by the word is magnetic.

We also got to see the trucks that haul the Taconite up from the mines. The tires themselves are 12 feet tall! The cost to buy just ONE of those trucks is 4 million dollars and then you better hope the tires last you a while…Each tire along costs $40,000.

Another interesting part of this tour was learning Julie’s background, she was certainly a character and made the tours very interesting and upbeat. Julie grew up on a small farm and went to school for Environmental Studies. She actually had hard feelings towards mining and thought they were destroying the earth, until her college advisor suggested that she intern with a mine to study the Environmental effects. She fell in love with the industry and has been there for the last 8 years. I was never against mining but didn’t realize all the conservation efforts that they make. For example, one of the mines they are currently mining from, they are working with the State of Minnesota as after they are done mining they are making it into a man-made lake that they will be building houses on for land front property. Julie also showed us a stockpile (a pile of the top soil that they pile up because they don’t pine it), this stock pile was 10 years old. It was beautiful as it had tall grass, wildflowers and Jack pine trees over it. Conservation is a priority for Hib Tac.

We thanked Hib Tac for the wonderful tour and were off to the Minnesota Discovery __ where over lunch Craig gave us even more information about mining with more interesting stats. Craig shared that Iron mining has been in Minnesota for 130 years. Minnesota has the capability to produce 46 million tons of iron a year and produces more than 14,200 new jobs last year. A statistic that I found interesting was that in the last survey, 96% of Minnesotans are for iron mining in the state but only 50% know how iron products are used in their everyday life. Even though, I will be the first to admit, I learned a lot from the tour and Craig just how much we use every day from our car, lawn mower, clothes washer to the refrigerator.

Following lunch and the presentation we got back on the bus and headed East. We then turned in a wooded lot near Hoyt Lake, Minnesota. We were greeted by Sappi a logging company out of Cloquet, MN that focused on trees that make paper. This was another interesting tour to be out at a lot a watch how they cut down the timber. At this particular lot they were cutting down Aspen. Another did you know fact…Did you know that Aspen is an invasive species? 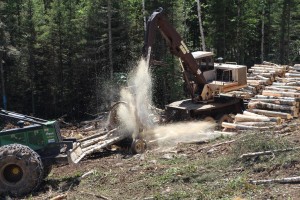 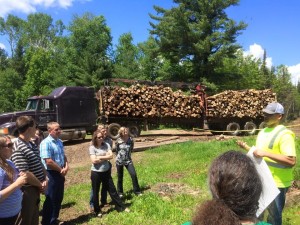 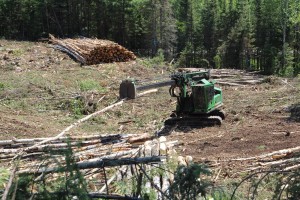 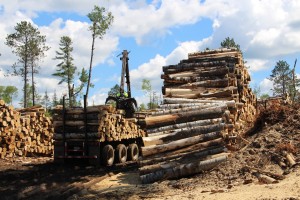 We once again boarded the bus and headed back to Duluth to get ready for the evening’s festivities, which included the unveiling of the final clue and the country we will be traveling to in February.

For the evening meal we meant out at the Beach House with the MARL class along with family and friends. Olga welcomed everyone to the event and dinner was served. Following dinner Mike and Olga gave additional clues as to where we will be going. ___ Chairman of the Board stood up and gave us a few tips from what he learned from his trip abroad and gave us a few things to think about. He finally announced were we were going….Drum roll, please…… Vietnam! 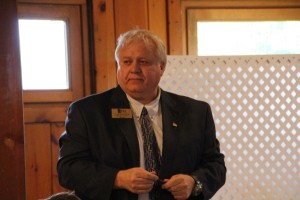 Many of us were guessing it was Vietnam prior to the unveiling but it was still exciting to hear the country! We are all looking forward to spending time not only in a beautiful country and learning agriculture but also spending time in a country that has meaningful history with the United States.
Following the announcement we meant as a class to start going over things we need to start getting ready for our trip and to ensure we all have all of our ducks in a row!

It was a great end to a busy yet successful day. Every day it seems as though our class becomes closer and closer together. The day was simply beautiful from the weather, to the tours, to the announcement at the end of the day. We are so very lucky to be going through this program. Thank you to everyone who has sponsored, presented, given us a tour or given us pieces of advice. We greatly appreciate it all! Going through this program, especially with my wonderful classmates is truly a once in a life time opportunity. Thank you to everyone who has made this possible.

Now, on to the third and final day at Duluth…that is if we can all stop thinking about our travels and get some sleep!